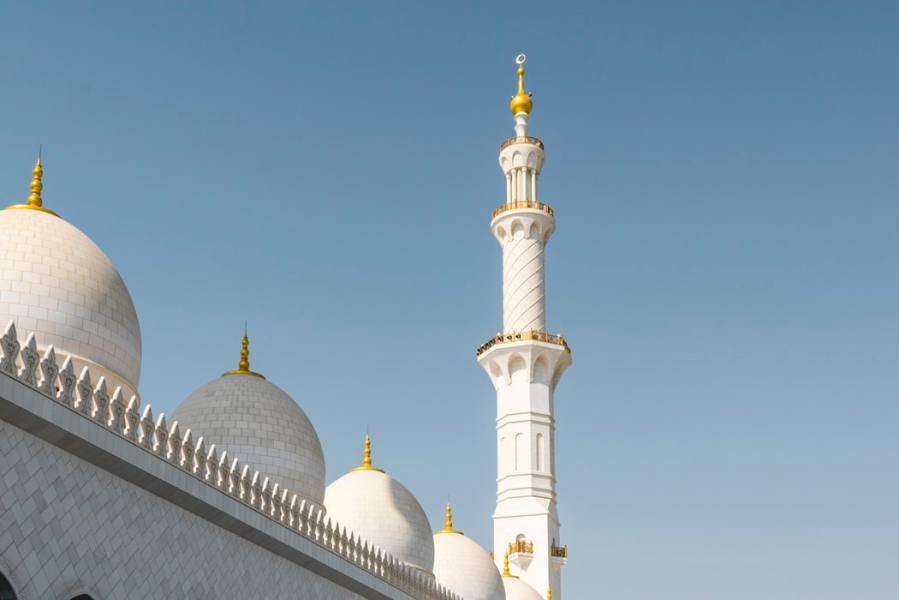 Fatma Abdullah Rifaat was born into a Muslim family in 1930s Cairo. From a young age, she pursued the study of English, writing and publishing works professionally under the pseudonym Alifa Rifaat.  In the primary years of her marriage, her husband permitted her writing, however in c.1960 she stopped after he became increasingly uncomfortable with her work. For around 14 years she didn’t publish at all and during this time she became increasingly frustrated in that she couldn’t explore, communicate or express the difficulties she experienced as a woman in society. Finally, in the 1970s she published the short story My World of the Unknown.

I discovered Rifaat’s work, specifically Distant View of a Minaret and An Incident in the Ghobashi Household, after reading an article by Denys Johnson-Davies in a 1973 edition of The Arab Cultural Scene, found in a local second-hand book shop. Rifaat deals with female sexuality, masturbation, death and relationships, using protagonists who do not break from Islam. This contrasts with other contemporary female writers in the Middle East (for example Nawal El Saadawi) who almost wholly rebelled against the patriarchy of the religion. Effectively Rifaat explored the constraints of the patriarchy without encouraging women to rise against their male counterparts. How far can we call this passivity? Is alluding to this as an ‘acceptance’ just an excuse or another cover for the patriarchy? Or do Rifaat’s stories demonstrate an emotional intelligence which leads to such an ‘acceptance’?

An Incident in the Ghobashi Household

A woman realises her daughter is pregnant. Her husband is working away, so to spare the shame of an ‘illegitimate grandson’ she gives her daughter her life savings in order to go to Cairo where she will be able to work before giving birth. The mother’s planning could be seen by some as cunning and cowardly – after all it is an evasion of the truth, done to maintain peace and avoid the wrath of a father.

But on the other hand, it demonstrates the strength of familial love and the protection that comes hand in had with it. Additionally, the protagonist’s decisions are done with the best intentions – minimising collateral damage. Surely this is a celebration of the strength of mind of women, within the restraints of society or religion.

Distant View of a Minaret

A woman is partaking in sexual intercourse with her husband, but it is obvious that she feels disconnected as well as sexually and emotionally unsatisfied. Pithy remarks now and then capture her acceptance of the situation:

She stared up at her foot that now pointed towards the spider’s web and noted her toenails needed cutting.

However, any suspicion that she is wholly subservient and passive is quashed when we learn that, although she appears indifferent to the matter now, she once pleased herself when her husband failed to do so.

No longer did she feel any desire to complete the act with herself as she used to do in the first years of marriage.

As is obligatory in Islam after intercourse, she washes her whole body and begins her day with her prayers, with which she seems to feel a deeper connection than with her husband:

Her five daily prayers were like punctuation marks that divided up and gave meaning to her life.

Rifaat highlights the sexual repression women experience in a patriarchal, Islamic society whilst simultaneously adhering to the fact that it is a part of life, regardless. Nonetheless, in Distant View of a Minaret she demonstrates the independence of Muslim women within their religion.

Her husband dies and the protagonist:

was surprised at how calm she was.

I love the idea that the minaret is symbolic of the narrator: alone and isolated whilst surrounded by the hubbub of life.

In both, the line between passivity (or the cowardly) and acceptance can be a grey one, but here I think it is fairly clear. The protagonist has sexually satisfied herself when needed and is calm and measured in the aftermath of her husband’s death. Zeinat is calculating  and (whether that is perceived to be in a positive or negative light) one must applaud her for taking matters into her own hands. Alifa Rifaat is, without a doubt, telling us as readers that Muslim women, despite patriarchal stereotypes within the muslim faith, can look after themselves in every manner – in the face of sex, death and scandal.

Afterthought: The question of passivity and acceptance brought Sebastian Barry’s The Secret Scripture to mind, in which a woman is effectively emotionally abused by the Catholic community around her, yet maintains a high level of forgiveness and acceptance. Fascinating to see how similar ideas can be found in two opposing cultures.